The ViewSonic M1+_G2 is an iF award-winning, ultra-portable LED projector that can deliver a convenient, enjoyable entertainment experience anywhere it goes. With a built-in battery, a LED light source with up to 30,000 hours of lifespan, all packaged into less than 1 kg, the M1+_G2 can deliver years of multimedia entertainment wherever it goes – from room to room, both inside and outdoors. Its smart stand enables simple 360-degree setup, while doubling as a lens cover. Once the lens is uncovered, the projector automatically powers on to full brightness for instant entertainment. Stereo Harman Kardon speakers provide room-filling sound for an amplified experience, while more flexible audio needs can be realized via Bluetooth. Integrated Wi-Fi connectivity makes streaming easier than ever – both wireless casting from smart devices and built-in content streaming are possible. 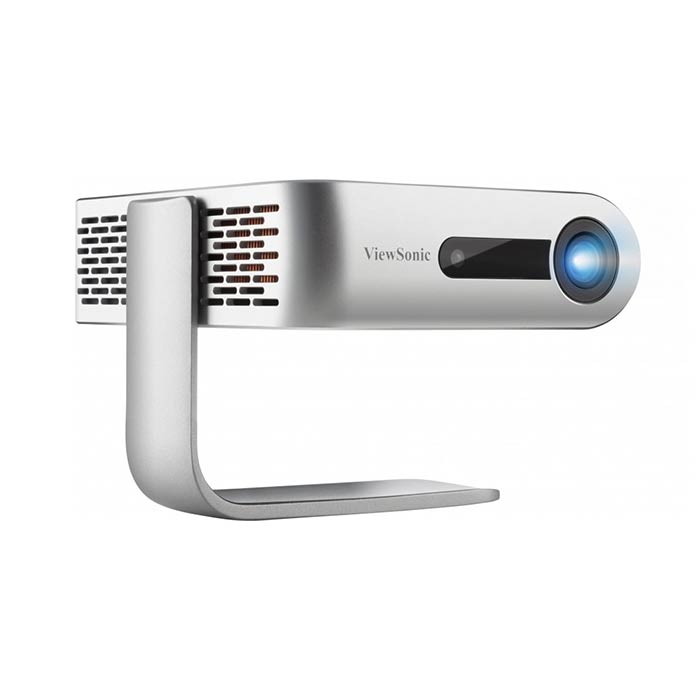 Lens Cap
The stand also doubles as a lens cover to protect the lens from being damaged when being transported.

Power Combo
Swiveling the stand to uncover the lens powers the projector on in an instant.

Be the first to review “ViewSonic M1+_G2 projectors” Cancel reply

There are no reviews yet.